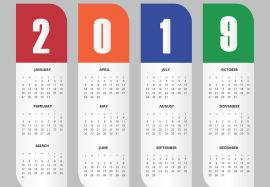 As we near the end of 2018 – which has been a busy year for the Scottish lettings sector, with a new Code of Practice for letting agents, legislation to make membership of a letting agents register mandatory, and stricter minimum training requirements – it’s time to look ahead to what 2019 will bring for landlords operating in the private rented sector.

After a consultation in the summer of 2017, the Scottish Government announced that minimum energy efficient standards for privately rented properties would be introduced – phased in and increased over time.

The Scottish Government says it will bring forward regulations in early 2019 to confirm the detail of how the new standards will be applied.

There are further proposals – which are currently being consulted on – for privately rented homes in Scotland to reach an EPC rating of band C- by 2030, whether this is cost-effective and technically feasible. The final decision on this will be confirmed as part of Energy Efficient Scotland in 2019.

Where exceptions will apply (and how these will work in practice) will be outlined in the draft regulations next year. Similarly, the possible penalties for those not complying will also be set out in the draft regulations. At present, it’s expected that local authorities would issue civil fines to landlords not playing by the rules, but the Government is still working with local authorities to understand in more detail how this will work once the new standards have been implemented.

If your properties are not currently energy efficient enough, it’s a wise move to take steps now to improve them well before the regulations come into force. It’s in a landlord’s interests to prioritise energy efficiency for a number of reasons, including lower turnover of tenancies, reduced rent arrears, a lower risk of damp, condensation and mould, lower energy bills for tenants (which will make your home more appealing) and raised property values (which will be useful if you ever come to sell).

A home that is warmer, greener and already complies with the proposed minimum energy efficient standards will also be much easier to let.

From April 2019, the allowable mortgage interest tax deduction from property income will be cut to 25% as part of the ongoing plans to phase out mortgage interest tax relief. The measures came into force in April 2017 and will be reduced to 0% by the end of the 2020/21 tax year, when landlords will only be able to claim reductions at the basic rate of income tax.

As a way around these changes, some landlords have decided to incorporate, which sees them transfer their property portfolio into a limited company in order to pay lower tax on profits. Limited companies aren’t affected by the mortgage interest tax relief changes and only have to pay corporation tax – which currently stands at 19%.

There are pros and cons to incorporation, though, as we outlined in a previous blog. If you are considering going down this route, it’s important that you consult with an expert in the field to ensure this is the right move for you.

As part of the Scottish Government’s programme for Scotland 2018-2019 – titled ‘Delivery for today, investing for tomorrow’ – it said it will work with local government, communities and business interests to ensure that local authorities have the appropriate regulatory powers when it comes to short-lets.

While this model has boosted tourism in Scotland’s cities, islands and rural areas, some are unhappy with the impact short-lets are having on local communities. What’s more, entire homes being rented regularly on a short-term basis could be having a detrimental impact on the amount of rental stock available to long-term tenants – which, in turn, could have implications for supply levels in Scotland’s private rented sector.

In the year to come the Scottish Government plans to find a way to ‘balance the needs and concerns of communities with wider economic and tourism interests’, looking at ways of providing powers for local authorities to ‘ensure a safe, quality experience for visitors, whilst protecting the interests of local communities’.

In the year ahead, the Scottish Government will also be ‘engaging extensively’ with local government, businesses, the third sector, homeowners, tenants and others to plan how homes and communities should look and feel in 2040 – and the options on the table to make this possible.

Britain’s exit from the EU

Given the fast-moving, ever-evolving nature of proceedings, it’s still very up in the air as to when Britain will leave the EU – if at all. The date of withdrawal is pencilled in for 29 March 2019, but with Theresa May’s draft Brexit agreement unlikely to get through the House of Commons – Labour, the Lib Dems, the SNP and many Conservative MPs are all set to vote it down – this could be in some doubt.

Scotland, which voted decisively to Remain, is also hoping for closer alignment with the EU after Brexit – remaining part of the single market and the customs union – so May could need to offer some sweeteners to Nicola Sturgeon and the SNP to help get her deal through. Whatever happens – whether it’s no deal, hard Brexit, soft Brexit, or something in between – there is likely to be uncertainty for a while.

However, the property market has shown before its ability to bat off outside political and economic issues, and the recent news that Scottish rental prices increased by an average of 2.2% in the 12 months to Q3 2018 should give confidence to landlords that strong yields can still be achieved.

To discover more about what 2019 holds, and how Letting Solutions – West Lothian’s first dedicated lettings agency – can help you, please contact us on 01506 496 006.

Additionally, we provide a free and instant online valuation to give you an idea of how much you could be charging in rent each month.