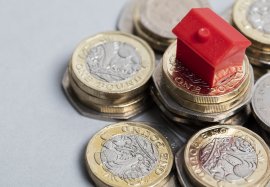 On Wednesday July 8, as part of his summer economic update to the House of Commons, the Chancellor Rishi Sunak outlined a stamp duty holiday for all house purchases up to £500,000 in England and Northern Ireland, taking effect immediately and lasting until the end of March 2021.

In Scotland, setting Land and Buildings Transaction Tax (LBTT) – the equivalent to stamp duty north of the border – is a devolved matter. Typically, though, when major stamp duty changes are announced by the Westminster government, Holyrood quickly falls in line.

On this occasion, there were suggestions at first that this wasn’t going to be the case – with a Scottish Government spokesman pouring cold water on the idea when he was quoted in the Herald on the day after Sunak’s announcement.

However, the government has now revealed that the threshold at which LBTT begins to be paid will rise from £145,000 to £250,000 on July 15 and remain in place until 31 March 2021, the same deadline as the changes in England and Northern Ireland.

The Nicola Sturgeon-led administration faced criticism for reacting too slowly to the SDLT reduction south of the border, but Kate Forbes, the Scottish Government’s finance secretary, argued that they had been given no pre-warning about the changes.

“I am delighted that we are able to implement this measure quickly and remove uncertainty from the market,” she said.

“The UK government had weeks to prepare for its decision to raise the threshold at which SDLT is paid on house purchases in England and Northern Ireland, yet we were given no advance notice.”

She added: “We responded yesterday to clarify our policy intentions and by introducing the change so rapidly, we are providing certainty to people in the process of purchasing a home. Overall, increasing the LBTT threshold will help increase housing market activity, boost the construction sector and stimulate our economy.”

“To mitigate the immediate adverse impact on the housing market in Scotland as a result of the Chancellor’s announcement, we are now working at pace on the necessary legislation and to ensure Revenue Scotland is ready to collect and manage the tax.”

While the change will be made with effect from July 15, it will require approval by the Scottish Parliament within 28 days to remain in force. But it seems highly unlikely that this approval won’t be received.

Once introduced, it’s predicted that the tax holiday will mean that an extra 34% of transactions will be taken out of LBTT, increasing the total to 79% of all transactions. The Government claims that the changes will mean buyers purchasing homes for more than £250,000 will save £2,100.

LBTT is a relatively new system, replacing stamp duty land tax in Scotland on April 1 2015. Payable at different rates on each portion of the purchase price within specified tax bands, it is designed to be a more progressive tax.

The structure of LBTT means that the charge is more proportionate to the actual price of the property, with the percentage rate for each band in LBTT applied only to ‘the part of the price over the relevant threshold and up to the next threshold’.

This could be a considerable benefit to landlords and investors given the generally lower price of property in Scotland. By investing strategically between now and next March, landlords could end up paying no normal rates of LBTT on their purchase.

The additional rates of stamp duty for second and holiday home owners remain in place, as is the case in England and Northern Ireland. Since January 2019, the additional dwelling supplement in Scotland rose to a 4% surcharge, rather than 3% south of the border.

The amount owed goes up in bands, depending on the price of the property. You can find out more here.

The Scottish property market officially reopened on June 29 as part of the Scottish Government’s careful route map out of lockdown, which moved at a slower rate than England. Record levels of activity and demand are expected to be recorded in July as pent-up demand is released. It’s been predicted that some 10,000 sales could be completed in July – a number that may now be even higher thanks to the changes to LBTT.

Here at Letting Solutions, West Lothian’s first dedicated lettings agency, we are open for business, albeit strictly in line with all the necessary rules surrounding the coronavirus pandemic. Members of our team are working remotely covering all aspects of the business. Our hours of business are unchanged, namely: Monday to Friday from 9.15am-5 pm (except on Wednesdays, when we carry out training and open from 11am to 5pm).

Please don’t hesitate to contact us, even if you are not a current client. You can ring us on 01506 496006 or you can email us at: rent@letting-solutions.co.uk.

Green mortgages - should landlords be considering them?

Deposit protection schemes in Scotland - what do you need to know?