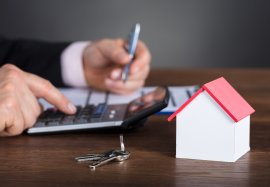 Fresh data has revealed that during this period, additional taxes collected from landlords who disclosed unpaid tax on their rental income has doubled from £21 million to £42 million.

This rise of 145% is thought to be due to HMRC pushing its Let Property Campaign more strongly and sending letters to those suspected of underpaying or avoiding tax.

What is the Let Property Campaign?

The scheme offers an opportunity for landlords who owe tax through letting properties to get up-to-date by sending a full disclosure to HMRC.

By doing so, landlords who think they may have underpaid their tax bill can come forward and repay what they owe in a simple way and on favourable terms.

The Let Property Campaign was created to encourage more landlords to volunteer rather than waiting for HMRC officials to discover they have not paid enough tax. This way, landlords can avoid an investigation, fines or even a custodial sentence if found guilty of non-compliance.

The campaign launched in 2013 and was originally supposed to run for just 18 months, but with the recent surge in landlords coming forward for underpaying tax, it has now been extended indefinitely.

Why are more landlords complying?

The scheme had little impact between 2013 and 2018, with accountancy firm Saffery Champness revealing that just 35,099 people had made voluntary disclosures to HMRC during that time period – only 2.3% of the intended 1.5 million landlords the campaign had originally targeted. Of the estimated £500 million in underpaid taxes, a mere £85 million was recovered.

However, the tide appears to be changing. Last summer, HMRC sent tens of thousands of letters to landlords it suspected of avoiding or underpaying tax. Those targeted appeared, in the main, to be landlords with just one or two properties to let.

The letters made it apparent that, under the rules of the Let Property Campaign, anyone who voluntarily disclosed unpaid or underpaid tax would receive favourable terms, while those who refused to do so would face investigation and significantly higher penalties. It stated that landlords had a 30-day window to contact HMRC and then 90 days to calculate and repay the tax they owed.

The direct warnings led to over 16,000 landlords volunteering to repay what they owe in the last year – triple the number in 2017/18. It’s also been the most successful year to date, outstripping the tax year for 2015/16, which saw 10,040 disclosures and the highest yield recovered of £25.2 million.

What do landlords need to do?

Landlords who suspect they have underpaid tax must contact HMRC through the Let Property Campaign as soon as possible.

Once HMRC has been notified by a landlord that they want to engage with the scheme, the landlord is required to disclose any income, tax, gains and duties they’ve not previously reported to the authorities.

Following this, landlords must make HMRC a formal offer and pay what they owe within 90 days.

Afterwards, the campaign offer landlords the ‘best possible terms’, with lower penalties available for those who provide the most accurate information.

Penalties are based on why a landlord has failed to disclose their income. Those who deliberately withhold information, for example, must pay a larger penalty than ones who have made a genuine error.

To check if you need to declare any unpaid taxes, a handy Let Property Campaign questionnaire is available.

Here at Letting Solutions – West Lothian’s first dedicated lettings agency – we have the knowledge and expertise on all the incoming regulation, tax changes and new legislation to ensure you get the most out of your lettings experience.

Also, if you’re eager to know how much you could be charging in rent each month, we offer free and instant online valuations.