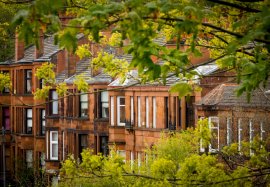 Potential reform of the rented sector proposed by the Scottish Government in its draft strategy could mean the erosion of landlords’ rights, according to trade body Propertymark. The association claims that the tenant-centred approach, A New Deal for Tenants, is overlooking the needs and rights of landlords, particularly around their ability to seek possession of their properties.

This comes as the dust settles on the SNP and Scottish Greens alliance, which launched a consultation that focuses on the government’s long-term housing strategy.

Proposals include a range of rent controls, setting up a regulator for the private rented sector, and creating a new housing standard covering all homes. In its response, Propertymark reinforced its opposition to rent controls and called on politicians to refocus their efforts on policies that will increase housing supply across all tenures as a long-term solution to addressing affordability and improving housing quality.

The association found that private landlords provide much-needed homes and 94% of the 240,000 registered in Scotland own one buy-to-let property.

Propertymark adds that failing to provide incentives to stay risks losing their investment and their properties from a sector that is already struggling to keep up with demand. It also describes a proposal to ban winter evictions as “unnecessary and unworkable”.

Daryl McIntosh, Propertymark’s policy manager for the UK Devolved nations, said the tenant-centred strategy proposes ‘fundamental and far-reaching’ changes that, in some cases, lack the data-led evidence that they are completely necessary.

“By considering tenants in isolation, policymakers are showing little regard for the legal rights of landlords and their letting agents,” he commented.

“The Local Government, Housing and Planning Committee has just published its scrutiny of the Coronavirus (Recovery and Reform) (Scotland) Bill in which it too leans favourably towards tenants despite hearing warnings directly from landlords that permanent changes to the possessions process would place too much financial risk on them and could force more to sell up.”

McIntosh added: “The sector is already under huge strain and desperately in need of more investment, not less, so we urge the Scottish Government to carefully balance its reforms to ensure any interventions to achieve short-term objectives do not lead to market failure in the long run.”

Further response from the industry

Propertymark’s statements didn’t come without criticism. Living Rent, the largest tenants’ union in Scotland, slammed the comments and accused the trade body of shielding landlords from the ‘biggest squeeze in income for generations’.

Meanwhile, Sarah-Jane Laing, chief executive of Scottish Land & Estates, commented: “The Scottish Government recently published its Scottish Household Survey 2020 which showed that 94% of households in the private rented sector were very or fairly satisfied. Analysis of the consultation on the Bill also shows that most responders opposed the proposals.”

“Therefore, we’d question what is driving government to pursue such drastic changes when tenants themselves are happy and there has been major opposition to their implementation.”

She added: “Given the restrictions that will be placed on landlords by this legislation and others, we are concerned landlords will feel compelled to remove their properties from the sector, either by selling or converting them into holiday lets.”

What next for landlords?

The consultation on the draft rented sector strategy launched on December 20 2021 and ended on April 15 2022, where thousands in the industry were invited to submit their comments.

Following the closing date, all responses will be considered to develop and publish a final strategy, which will set out the Scottish Government’s updated policies and a timeline for delivery.

Many of the issues related to enhancing tenants’ rights are expected to be delivered in a Housing Bill, which is said to appear in the second year of Parliament.

Other policy proposals, such as establishing rent controls and a regulator for the private rented sector, will also require legislation. These will be brought forward later in Parliament with implementation of rent controls by the end of 2025.

Until then, landlords in Scotland will need to keep an eye on the latest while remaining compliant and maintaining a healthy rapport with their tenants throughout.

Here at Letting Solutions, West Lothian’s first dedicated lettings agency, we can guide you through all aspects of the lettings journey and can help you to get the most from your rental properties as a result. You can find out more about our current hours of service and our current ways of working here.

Scottish eviction reforms - what is the latest?

Sub-letting - what are the rules for tenants?

Green mortgages - should landlords be considering them?

Deposit protection schemes in Scotland - what do you need to know?