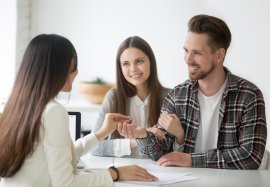 It’s been a busy time in the Scottish lettings sector since the market was allowed to reopen, with plenty of fallout from the lockdown and plenty of landlord-related news stories.

Here, we outline some of the biggest developments having a bearing on landlords north of the border.

Landlords call on the Scottish Government for direct financial support

Scottish landlords have called on the SNP-led government to offer direct financial support to tenants struggling to pay their rent in order to help those who own the property survive the worst of the pandemic.

The demand has been made by the Scottish Association of Landlords (SAL) following a poll which found that 95% of letting agents had lost around £10,000 due to the pandemic, while two-thirds of all landlords have lost around £5,000.

John Blackwood, the chief executive of SAL, has urged the government to ‘put money in the pockets of tenants’ to allow them to pay rent and keep landlords afloat.

“What landlords, tenants and the Scottish Government must focus on is how to sustain tenancies,” he said.

“Landlords should continue to be flexible and understanding, reducing rent and writing off arrears where possible for those affected by the pandemic, and tenants should ensure that their landlord is kept informed about changes to allow for reasonable solutions to be found.”

He added: “But unless the Scottish Government uses the powers of Holyrood to put money in the pockets of tenants so they can pay their rent, we will find ourselves back here in March 2021 only with a greatly amplified problem and even less flexibility to find a solution that works for everyone, exacerbating the effects of the pandemic and economic downturn.”

Housing Minister Kevin Stewart said: “We understand the financial pressures people are under due to the economic impact of Covid-19. That is why we have taken action to support both landlords and tenants.”

“Through our Landlord Loan Fund we are helping private landlords with interest-free loans. For tenants we are extending our protection from eviction for a further six months to the end of March 2021.”

He added that the government had increased investment in its Discretionary Housing Payment fund for housing support by £5 million to £16 million and had also written to the UK government to urge them to increase reserved benefits for housing assistance ‘to support people at this time’.

In addition to the Landlord Loan Fund, a £5 million fund offering interest-free loans to landlords whose tenants are struggling to pay rent during the coronavirus crisis, the Tenant Hardship Loan Fund was announced as part of a range of measures to support the rental industry on September 1. It is an interest-free scheme designed to support tenants needing to pay off rent arrears caused by Covid-19 and is due to open later in the autumn.

Airbnb-style lets to be regulated

The Scottish Government has revealed plans to enable local authorities to regulate short-term lets – provided by platforms such as Airbnb – after a report by advocacy group Homes First found that just one in 477 properties had proper planning permission in Edinburgh.

Airbnb and other short-lets have proved controversial in recent years – especially in major Scottish cities like Glasgow and Edinburgh and their outskirts – as it’s been argued that they swallow up housing supply, including homes which could be let on a long-term basis to tenants instead. They have also faced criticism for encouraging anti-social behaviour, for increasing rents in the PRS and for being unregulated and open to abuse.

Kevin Stewart said of the proposals: “We aim to lay the regulations giving local authorities powers to license short-term lets and introduce control areas in December so they can be in force by spring 2021.”

The Scottish Government says it wants to control the concentration of rentals in specific areas to avoid the issues that have been faced by cities around the globe, leading them to take various actions against the proliferation of short-lets in and around tourist hotspots.

Wayne Mackay, public affairs manager for Scotland and Northern Ireland, for consumer protection charity, Electrical Safety First, said: “We warmly welcome the Scottish government’s commitment, given in its Programme for government, to legislate for short-term lets (STLs), such as those listed on Airbnb – which have dramatically increased in recent years.”

He added: “However, we believe it is imperative that the proposed licensing scheme includes a requirement for mandatory electrical safety checks. Three quarters of Scotland’s fires are caused by electricity. In fact, it is the number one cause of fire in Scottish homes.  And the risk of fire is likely to be increased if a property has a high turnover of residents and lacks regular electrical checks.”

As a landlord, regulation of the short-let market – which was thriving before the Covid-19 pandemic hit, and is slowly starting to recover – should mean a more level playing field for long-term and short-term landlords.

It may also encourage landlords to move away from short-lets – if they are to be heavily regulated – and concentrate on longer-term lets instead, which can only be to the benefit of local rental markets.

While the traditional private rental market is overburdened with legislation – reaching into the hundreds – this is very much not the case with Airbnb-style homes, and there have been calls for a long time for this to change.

Such a change should make investment in Scotland’s PRS more attractive, and could also encourage more tenants into longer-term deals – particularly at a time where there remains so much uncertainty about the possibility of a second spike of coronavirus this winter.

Here at Letting Solutions, West Lothian’s first dedicated lettings agency, we are open for business, albeit strictly in line with all the required rules around preventing Covid-19.

Members of our team are working remotely covering all aspects of the business. Our hours of business are unchanged, namely: Monday to Friday from 9.15am to 5pm (except on Wednesdays, when we do training and open from 11am to 5pm). For more information, please see our full page details here.