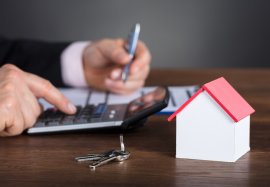 Back in December, the Scottish Government announced its proposals to raise the rate of the additional dwelling tax from 3% to 4%.

Here, we take a look at what this could mean for Scottish landlords and the buy-to-let sector as a whole.

What is the additional dwelling tax?

On April 1 2016, the Scottish Government implemented an additional amount (3%) of Land and Buildings Transaction Tax (LBTT) - officially known as the Additional Dwelling Supplement (‘the ADS’) - on the purchase of additional dwellings in Scotland costing £40,000 or more, including buy-to-let properties and second homes.

This was similar to the extra 3% stamp duty surcharge – introduced on the same date – for those buying an additional residential property in England and Northern Ireland.

Scotland replaced UK stamp duty land tax (SDLT) with LBTT from April 1 2015, to make the tax system more progressive – with the new charge designed to be more proportionate to the actual price of the property.

But the Scottish Government now wants to go further. During the Scottish Budget in December last year, Finance Secretary Derek Mackay outlined plans to increase the extra tax by 1%, leading to a backlash from sales and letting agents who believe it will have a detrimental effect on the Scottish buy-to-let sector.

In a joint statement, ARLA and NAEA Propertymark labelled the proposals short-sighted. They added that, if the increase in tax is implemented, it will merely act as a further deterrent to buy-to-let investors at a time when rental properties are needed more than ever.

The trade bodies warn that the increased costs for landlords will simply be handed down to tenants in the form of higher rents, and has called for the ADS to be scrapped completely.

The Scottish Association of Landlords (SAL) also questioned the wisdom of the proposals, with a number of complaints from its members that the tax increase will lead to a fall in investment and fewer high quality homes being available for rent.

Potential problems for the market

The plans to raise the additional dwelling tax – which could discourage landlords from entering the market or expanding their portfolios – occur at a time when the number of privately rented properties available on the market is falling. Figures show a slight downturn in supply since the introduction of ADS in April 2016.

More worryingly, research carried out by the Scottish Government suggests that 27% of landlords are planning to exit the sector within the next five years. Which, when you consider that the private rented sector accounts for approximately 15% of Scotland’s housing stock, is a cause for concern for the country’s ever-growing band of renters.

All the data points to Scotland’s tenant population growing in recent years, up from 5% in 1999 to over 15% today according to the most recent Scottish Household Survey, while the number of millennials renting in Scotland has rocketed in the last two decades, up from 13% in 1999 to 40% today. Couple this with the rising number of middle-aged, older and family renters and any issue with lack of supply becomes starker.

When will the proposals be introduced?

The increase in ADS from 3% to 4% relies on the Scottish Budget passing through Parliament – which hasn’t yet happened, although the change is due to take place from January 25 2019.

The current situation, including transitional arrangements and how you will be affected in monetary terms, is explained very well in this article.

Reasons to be cheerful

Despite the challenges faced – including Brexit and the possibility of higher taxes – it’s far from being all doom and gloom for landlords. For one, the demand from renters is still very much there, while research at the end of last year revealed that Scotland was one of the UK’s top rental hotspots thanks to the high yields that can be achieved.

What’s more, the popularity of Livingston – one of the areas we operate in at Letting Solutions – was shown by recent findings from Rightmove, which found that the town reported the fastest sales in 2018 of anywhere in the UK. Homes flew off the shelves in just 25 days, compared to a national UK average of 61 days.

As well as that, a study by the Halifax found that house prices in Livingston rose higher than anywhere else in 2018 – soaring by 10.5% from 2017, three times the overall rate.

Despite this increase, the town’s average value of just over £181,000 will no doubt still be appealing to property investors and landlords who want to invest in a popular, up-and-coming area.

Its excellent transport links to Glasgow, Falkirk and Edinburgh make it a dream for commuters and a magnet for tenants, so you should have little issue with filling your homes with ease.

Added to that, healthy capital gains over time is a strong possibility given Scotland’s steadily rising house prices – which means, if you ever come to sell in the future, you should feel confident of achieving an excellent price.

To keep on top of all the incoming regulation, tax changes and new legislation, it’s vital that you partner with an experienced, reliable letting agent.

At Letting Solutions – West Lothian’s first dedicated lettings agency – we have the knowhow and expertise to help you get the absolute most from your rental properties.

We also offer free and instant online valuations to give you an idea of how much you could be charging in rent each month.