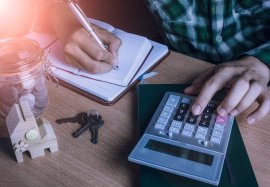 The pact between the Scottish National Party and the Scottish Green Party to give the combined parties a comfortable majority in Holyrood means rent controls are set to be introduced north of the border.

In the May elections, the SNP fell just short of an overall majority, with 64 MSPs in the Scottish Parliament. As a result, it has entered into a partnership with the Green Party, which performed better than ever with seven MSPs at the most recent elections. The combined total will give the parties an easy majority on major devolved issues including housing.

In a document published, outlining issues which the parties agree on, it said an objective of the Scottish Government will be to ‘implement an effective national system of rent controls and enhance tenants’ rights’, as well as delivering 110,000 affordable homes by 2032.

“With the COP26 climate conference coming to Glasgow, Scotland is in a position show real leadership on climate. But this deal is about people as well as the planet. Together, we would deliver a new deal for tenants, giving tenants more rights and introducing rent controls to help tackle Scotland’s housing crisis,” Green Party co-leader Lorna Slater commented.

Nicola Sturgeon, SNP leader and Scotland’s First Minister, added: “I am delighted that the Scottish Government has reached a ground-breaking agreement with the Scottish Green Party that meets the challenges and opportunities of our time…The agreement delivers bold policy action on pressing issues. A commitment to more affordable housing, a better deal for tenants and action to tackle poverty and inequality.”

Across the UK, the Green Party have favoured the idea of rent controls, with the UK Green Party’s co-leader – Sian Berry – a keen advocate of something similar in London. The party was also influential in Scotland in pushing the SNP administration to extend the eviction ban on several occasions during the pandemic.

“Throughout the pandemic Greens have pushed ministers to protect renters and we have made substantial progress; securing the introduction and then extension of a winter eviction ban as well as a tenant hardship fund,” Patrick Harvie, Green Party co-leader and MSP for the Glasgow region since 2003, said.

“While it’s essential that emergency measures are in place, we must also look at how tenants can be supported longer term too. Scotland is decades behind many of our European neighbours when it comes to tenants’ rights. Protections like winter evictions bans and rent controls are commonplace across the continent.”

The newly-connected ruling parties at Holyrood haven’t yet outlined any details for the rent controls – such as a timetable for their implementation or the scale they will take on.

However, there has already been a push in recent years to keep rents under control. Under the SNP’s Private Housing (Tenancies) (Scotland) 2016 Act, Scottish councils have had the power to ask Scottish Ministers to designate a Rent Pressure Zone (RPZ).

An RPZ is an area within which private tenants are unable to have their rent increased by more than the level of the Consumer Price Index plus 1% each year, lasting for a duration of five years. Few councils, though, have shown any interest in this policy.

As such, the Greens are likely to demand something meatier in exchange for their ongoing support on key issues.

The Scottish Green Party said, in its manifesto for the May elections, that ‘the Scottish Greens will introduce a cross-cutting goal of ensuring that housing costs represent no more than 25% of a household’s income, including a points-based system of rent controls.”

It added: “The SNP’s Rent Pressure Zones have failed. It’s time for proper rent controls. Tenants’ unions will be absolutely key to all this, so we need to ensure all private tenants are aware and have access to one, as well be informed about their rights and welfare entitlement.”

Further details on the measures, which suggest much wider rental reform than just rent controls, were later released by the SNP and the Greens as part of a 50-page agreement between the two parties.

It’s expected that the actual implementation of rent controls - if the Scottish Government follows through with it - will still be some way off. Formal consultation is anticipated in the coming nine months before, at some stage in the year from May 2022, a Housing Bill will be introduced.

The Bill is expected to include a pledge to ‘implement an effective national system of rent controls, with an appropriate mechanism to allow local authorities to introduce local measures’, with the final agreed system unlikely to come in before late 2024 at the earliest.

Some have backed the plans, saying rent controls can work in specific circumstances, but trade body Propertymark slammed the idea as ‘ill-thought out’.

The organisation issued a statement saying that, although it stood behind regulation of the sector to drive out rogue agents and landlords, the Greens’ stance on rent controls can’t be backed.

Daryl McIntosh, Propertymark spokesman, said: “At a time when demand for privately rented homes is massively outstripping supply, several of the Greens’ proposals risk deterring private landlords from the market.”

He added: “The Private Rented Sector provides a vital service in the housing system and recently this contribution feels forgotten - surely an ill thought through policy objective.”

Here at Letting Solutions, West Lothian’s first dedicated lettings agency, we can help you to get the most from your rental properties and to come to terms with the latest announcement.

We are continuing to operate throughout the pandemic. You can find out more about our current hours of service and our current ways of working here.