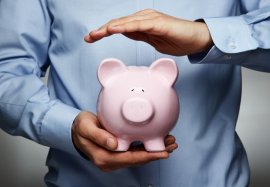 Deposits play a key part in any tenancy, but a recent Scottish tenant survey highlighted a surprising – and perhaps alarming – lack of awareness when it comes to deposits. Often, they don’t know what their rights are when claiming back their deposits or whether their deposits should be protected or not.

In the largest ever survey of its kind, SafeDeposits Scotland revealed that more than a quarter of 4,547 respondents (26.8%) didn’t know that, by law, their tenancy deposit had to be protected in a government-backed scheme until receiving a welcome email from the deposit protection scheme.

What’s more, 36.4% of tenants admitted to not knowing how to claim back deposits after moving out of a privately rented home. This has, however, fallen by 2.9% since the 2017 survey.

Additionally, 55.8% of respondents said they weren’t aware that if they wanted to challenge a landlord’s deductions from their deposit that they could use the free adjudication service provided by a deposit protection scheme.

More positively, 92.8% of respondents recalled having been the recipient of key information on their deposit - including official confirmation of their deposit being registered.

According to the Scottish Household Survey 2017, which was published by the Scottish Government this September, there are approximately 280,000 households renting privately. The report, which saw 10,680 people across Scotland take part, revealed that 15% of Scottish households reside in the private rented sector, a figure which has grown steadily from just 5% in 1999.

Meanwhile, the number of households with a highest income householder aged between 16 and 34 years living in the private rented sector rose significantly from 13% in 1999 to 41% in 2015. It’s remained around 40% since then. Some 92% of those surveyed were very or fairly satisfied with their housing, with 56% very satisfied and 36% fairly satisfied. Only 2% were very dissatisfied.

The findings show that the private rented sector in Scotland has grown rapidly in the last nearly two decades, with tenants staying in place on a longer-term basis. The importance of protecting deposits – and tenants being aware of their rights and responsibilities – has therefore become starker.

Most tenancies end in agreement between tenants and landlords when it comes to deductions from deposits, but there are some situations where the sum is disputed. As a landlord, it’s important to remember that - in these cases - tenants are entitled by Scots law to use the free, impartial adjudication service offered by tenancy deposit schemes.

To protect all parties involved in the rental process, Scottish law regarding tenancy deposits is especially robust. It’s not only a legal requirement for landlords to protect their tenants’ deposits, the legislation also states that there’s a process in place to resolve disputes if things don’t run completely smoothly.

Tenants, landlords and letting agents across the country need to be aware of their duties with regards to tenancy deposits. Greater knowledge and education will, in turn, help to reduce the risk of any issues.

As a landlord, you – or your agent acting on your behalf – need to protect your tenant’s deposit within 30 days of the lease starting. Failure to do so could mean fines of up to three times the deposit value in compensation, so it’s something that shouldn’t be taken lightly.

We outlined before some of the main reasons why tenants don’t get their deposits back, and the ways in which deposit disputes can be avoided. This includes thoroughly vetting tenants before they move into your rental property – including rental history and references from a previous landlord if possible – and regular property inspections to ensure small issues don’t escalate into something much bigger.

Furthermore, a detailed and clear tenancy agreement – outlining the do’s and don’ts to tenants – will help to reduce the chances of a dispute at a later date, as will carrying out a thorough inventory before and after a tenancy.

At Letting Solutions, West Lothian’s first dedicated lettings agency, we can assist you in a number of ways, from checking the suitability of tenants and conducting accompanied viewings to negotiating on the rental deal, preparing inventories, securing security deposits and insurances, and carrying out regular (three monthly) inspections.

At the end of tenancy, we will be there to negotiate on the return of the deposit and bill settlement and offer support with any legal hearings (and attendance in court) if this is needed.

To help you get the most from your rental properties, please call us on 01506 496 006. We also provide a free and instant online valuation to give you an idea of how much you could be charging in rent each month.