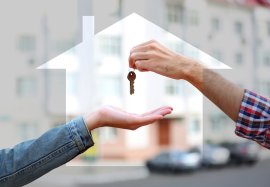 In the last month of 2018 a High Court review of the UK government’s controversial Right to Rent policy began.

A challenge to the scheme, which began operating across England in 2016, came after the Joint Council for the Welfare of Immigrants (JCWI) won the right in June to launch a High Court case against Right to Rent on the basis of it being discriminatory.

There has previously been talk of Right to Rent being rolled out to the other constituent parts of the UK – including Scotland – but the devolved governments of these nations are not generally supportive of an extension.

What is Right to Rent?

As part of the Immigration Act 2014, the UK government – in an effort to quell illegal migration – made it mandatory for landlords in England to check that their tenants had the legal right to rent property.

The Act states that landlords ‘must not authorise an adult to occupy premises under a residential tenancy agreement if the adult is disqualified as a result of their immigration status’, with the legislation not applying to those under 18 or those not renting the property as their main home.

Adults are disqualified if they do not have unlimited or a time-limited right to remain in the UK. What’s more, adults who have a right to remain but are barred from renting property as a condition of their immigration status are also disqualified under the Right to Rent rules.

Why has it proved controversial?

Landlords and letting agents have been unimpressed that the burden of checking tenants’ immigration status has fallen to them, rather than border officials or those with more expertise in the area.

The scheme has faced criticism for not being effective, with a failure to demonstrate its worth in ensuring immigration compliance. The Home Office has also been slammed for failing to effectively measure Right to Rent’s success and use.

Elsewhere, concerns have been raised about Right to Rent’s role in increasing homelessness (among those who fail the policy’s checks) and the potential for the scheme to incentivise landlords and letting agents to discriminate against certain groups of tenants, in particular migrants.

What was the High Court review about?

It was this dissatisfaction with the scheme that led to the JCWI mounting a legal challenge against Right to Rent, gaining permission in June 2018 for a full hearing to take place before the High Court.

The challenge was brought on the grounds that the policy discriminates against people on the basis of their ethnicity and nationality.

The judicial review case had the support of various bodies, including the Residential Landlords Association (RLA), which has long argued that Right to Rent could lead to indirect discrimination by requiring landlords and agents to act as de facto ‘border police’ when it comes to renting out property. As a result, landlords are likely to play it safe when filling their homes with tenants.

Recent research from the RLA backs this up. It found that, as a result of the Right to Rent policy, 44% of landlords are now less likely to rent to someone without a British passport for fear of getting things wrong and being prosecuted.

This fear of getting things wrong also means that 53% of landlords are now less likely to rent to those with limited time to remain in the UK, up by 4% from 2017.

Will Right to Rent be introduced in Scotland?

The legal case also questioned whether it would be lawful for the government to roll Right to Rent out across the UK without first evaluating whether it is causing discrimination.

And there seems little appetite from the devolved government of Scotland to introduce Right to Rent anytime soon. Back in June last year, a cross-party group of MPs – including those from the SNP – wrote to Home Secretary Sajid Javid urging a review of the scheme, citing a report that there was no evidence to suggest Right to Rent was improving immigration enforcement.

There have been no suggestions from the Scottish Government or Nicola Sturgeon that the policy will be implemented here, regardless of whether a full rollout is deemed lawful or not.

What’s more, with the policy proving so controversial and unpopular in England, there is likely to be strong resistance from Scotland and other parts of the UK if an extension is attempted.

In other words, there is little to no prospect of Right to Rent being introduced in Scotland in the near future. However that doesn't mean that these checks are not important. Quite the reverse in fact, regardless of the tenants circumstances.

Currently, Scottish landlords (or letting agents on their behalf) can carry out a number of background checks on new tenants before they move in, but these checks are not mandatory. They include checking for proof of identity, gathering information regarding a tenant’s financial circumstances to prove they can afford the rent and asking for references from a tenant’s previous landlords to check they are reliable and trustworthy.

A good, reliable letting agent will carry out due diligence on anyone moving into your home – conducting the necessary credit and identity checks to ensure you have the right tenants in place.

Here at Letting Solutions, we carry out thorough suitability checks on tenants, including references, to make sure you have good, reliable renters inhabiting your property.

We can place renters effectively and then manage the tenancy efficiently, taking care of repairs and maintenance, securing rental payments, carrying out three monthly inspections and employing proactive management to minimise void periods.

We’re also on hand to deal with the termination of tenancies (as and when they happen), conducting an exit inspection and report, organising repairs and negotiating on return of deposit and bill settlement.

For more information about what we can do for you, please contact us on 01506 496 006. We also provide free and instant online valuations to give you an idea of how much you could be charging in rent each month.