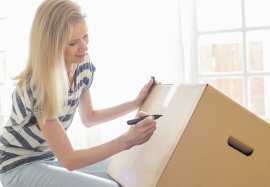 Now is as good a time as any to be a landlord, with the private rented sector continuing to expand and demand for rental homes from tenants continuing to rise.

There has not only been considerable growth in the number of people from ‘Generation Y’ renting, there has also been an increase in families with children renting privately, a rise in the number of retired people turning to the rental sector, and a growing band of middle-aged renters.

And now new research has revealed that lifetime renting is on the rise as Britain moves towards a more German model of housing – where people are happy to rent for life rather than buying. There are approximately 17 million renters in the UK, and according to findings from Direct Line for Business, more than two thirds (70% or approximately 12 million adults) have no plans to buy a property.

Such research suggests an adoption of a German housing model, with a greater percentage of the population renting for the long-term.

The levels of homeownership have declined in recent years as high house prices and the need for large deposits have made it difficult for people to get on the property ladder. Many people, too, prefer to rent for longer because of the flexibility this offers. Official statistics suggest the UK is now only ahead of Denmark, Austria and Germany when it comes to the proportion of owner-occupied dwellings.

The old adage of an Englishman’s home is his castle (or, in our case, a Scotsman’s) may not be holding as true anymore, with future generations now more likely to reside in properties owned by other people.

While affordability is one factor, it’s not the only reason why people aren’t buying homes. For just over a fifth (22%) of those not looking to purchase, they simply don’t want to be bogged down with the financial responsibilities that owning a home brings.

Another attractive element of not owning is the flexibility this offers. One in eleven (9%) of those surveyed said they didn’t want to own so they could be free to travel whenever, while 8% said they didn’t want to be tied to a single local area. Meanwhile, some 22% of those not planning to buy believe the costs involved with maintaining a property are too high and would rather the responsibility for maintenance issues was left to a landlord to resolve instead.

Scotland currently has the highest number of people renting (some 43% of the country’s adult population). We previously looked at a survey, conducted by GVA and PRSim, which found that the large majority of Scottish tenants are happy residing in the private rented sector rather than seeing it as a ‘necessary evil’ while they saved for a home. In addition, some 82% of those surveyed said renting a property best suited their current lifestyle.

Elsewhere, the most recent Scottish Housing Survey revealed that there has been a dramatic increase in the number of 16-34 year olds privately renting north of the border, motoring from only 16% in 1999 to 40% in 2016.

Demand, then, continues to be high, which improves your chances of filling your rental homes with ease, charging decent rents and achieving solid rental yields.

For more advice on how to get the most from your rental homes, you can get in touch with Letting Solutions on 01506 425693.

We were West Lothian’s first dedicated lettings agency and have the experience and knowledge required to help you make a success of your portfolio. What’s more, we provide free and instant online valuations to give you a good idea of how much your property could be worth in the current marketplace.